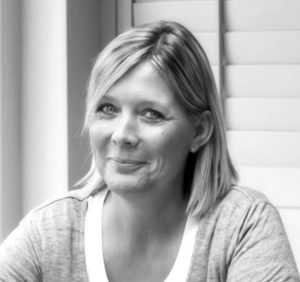 Vanessa Willes founded Mangle & Wringer in 2012 to create traditional, non-toxic cleaning remedies that would be gentle and safe, yet powerful enough to be really effective.

Vanessa didn't start out making soap. In fact, she trained in architecture and interior design, but two things happened a few years ago that changed the course of her life. First she was diagnosed with chronic fatigue syndrome or ME, which made it difficult to carry on as a designer. And second, she met Bette Smith, a wonderful local lady, who helped her around the house as she recovered.

Vanessa soon realized that Bette was no ordinary housekeeper: Born in the 1920s, Bette went 'into service' in London's Belgravia at the age of 14. She worked for 15 years, progressing from kitchen and laundry maid to housemaid and eventually lady's maid, before meeting her husband, Joe, and moving to Gloucestershire to get married and raise a family.

Happily settled in the country Bette set up a thriving laundry business and began housekeeping, part-time, for others. Her nickname in those days was 'Mrs Mangle' whilst her eldest daughter and helper, Margaret, became known as 'Little Miss Wringer' - hence our name, 'Mangle & Wringer'. 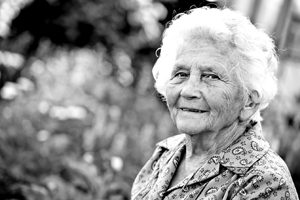 Because Bette had been raised on traditional values of thrift and practicality she prided herself on using only products that she had made herself. She learned how to make soap from her mother and over the course of her life, and long career, collected hundreds of tips and recipes that she used every day to great effect.

Unfortunately, traditional recipes like Bette's were largely forgotten when modern chemical companies convinced us that mass-produced detergents would clean our homes, and our clothes, better, quicker and cheaper. But unlike old-fashioned soap, made from plant oils, their cheap new products were made from chemicals derived from petroleum and smelled awful; so they convinced us that we needed heavily scented products too. Sadly, we believed them and, as Bette regularly pointed out, we've seen a rise in asthma, eczema and allergies ever since, not to mention the devastating effects on the environment.

Bette never doubted that her natural cleaning remedies had power and, having experienced them first hand Vanessa agreed, so when Bette very generously decided to pass her recipes on, Vanessa was inspired to set up Mangle & Wringer to recreate them.
{"cart_token":"","hash":"","cart_data":""}